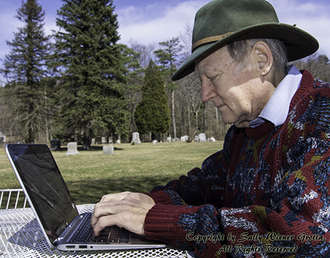 A portion of a 2013 interview with Daniel, reprinted from The Cult of Me

You’ve written for most of your life, what inspired you to start writing fiction?
As a photojournalist, I was frustrated by not being able to put words to the pictures I was taking. Then, as a journalist, I became frustrated not being able to write my own opinions and perspectives to what I was reporting. Fiction was simply the inevitable evolution of this process of discovering the world and wanting to make some sense of it. Creating my own stories is my attempt to understand human nature and my own place in the universe.

Did your experience in writing non-fiction help when you started your stories?
Of course. I not only use the editorial skills I developed and perfected over the years, I simply extended the reality of what I saw and observed by asking the question “what if” and letting it take me where it would. One of the more important lessons I learned from journalism is END_OF_DOCUMENT_TOKEN_TO_BE_REPLACED

Sally: How does our marriage survive our partnership? Or, vice versa. END_OF_DOCUMENT_TOKEN_TO_BE_REPLACED