Sally: How does our marriage survive our partnership? Or, vice versa. END_OF_DOCUMENT_TOKEN_TO_BE_REPLACED 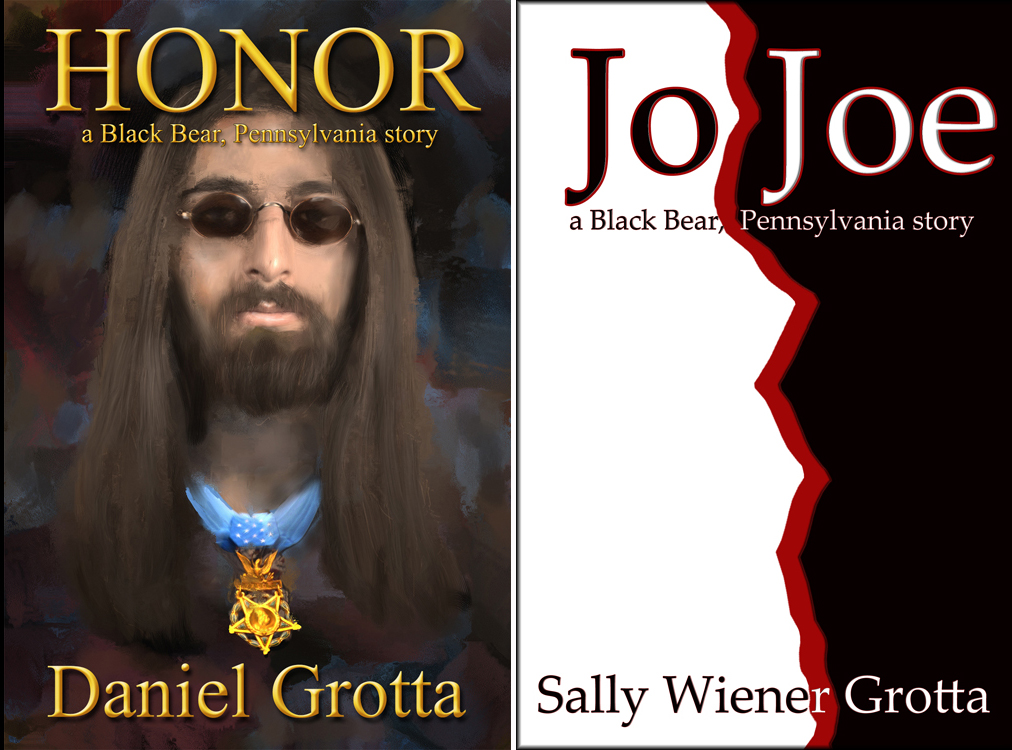 Reprinted from the Team Grotta blog on our previous joint website.

This week, I was invited by Chrissy at Every Free Chance to recount how Daniel and I create and work in our shared fantasy world of Black Bear, Pennsylvania, where we both are setting novels and stories.

“Welcome to Black Bear, Pennsylvania. Similar to so many small towns you’ve known, driven through or possibly even lived in, Black Bear has a Main Street dotted with local businesses (active and defunct). Marge at Good Taste whips up the best hot fudge sundae you’ll ever have. Buck’s has been spruced up and modernized in recent years, and is now a franchised supermarket (though not as super as those you’d find in big city or suburban shopping centers). Grampa Schmoyer’s drugstore was driven out of business by the Rite-Aid that opened up in nearby Hamlin, about fifteen years ago. It’s now a charity consignment shop, run by the two local churches and the tiny new synagogue. And the old elementary school, where “everyone’s” grandparents went, is a boarded up derelict building where kids are warned not to venture. Schoolchildren are now bussed out of town….”

To read the rest of this essay about Daniel’s and my creative relationship and our personal writing processes, click here: The Grottas’ Literary Folie aux Deux .